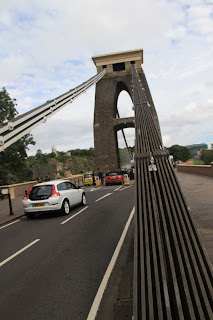 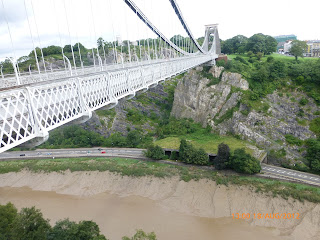 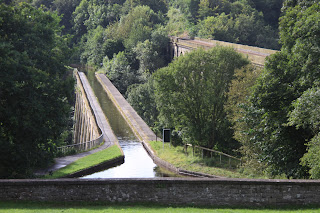 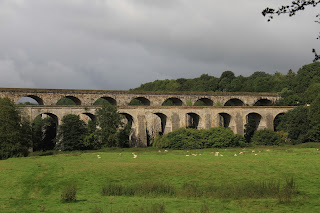 Although somewhat overshadowed by Pontcysyllte Aqueduct, the beautifully proportioned Chirk Aqueduct ranks as a major work in its own right. Built between 1796 and 1801 at a cost of 20,898 and comprising of ten arched piers each with a span of 40 feet, the aqueduct carries the canal 70 feet above the River Ceiriog for a distance of 710 feet. Outwardly similar to the traditional clay-lined aqueducts, an entirely new concept was used at Chirk. The bed of the trough is formed by a series of cast iron plates, bolted together, to form a continuous watertight trough, with the side walls built of locally quarried stone. The canal is, of course, the picturesque Llangollen Branch of the Shropshire Union Canal.
Running alongside the aqueduct is Chirk Viaduct, which carries the Chester to Shrewsbury railway line. Erected between 1846-48 and rebuilt in 1858, it was the work of Scottish engineer Henry Robertson. It is 100 feet high and has 10 spans with round arches between pedimented abutments. Three further arches at either end of the viaduct replace former timber spans and are dated 1858-9. The viaduct stands some 30 feet above the aqueduct.
It is possible to view the aqueduct and viaduct from the B4500 Chirk to Glyn Ceiriog Road, and to walk along a pathway beside the canal as it is carried by the aqueduct. 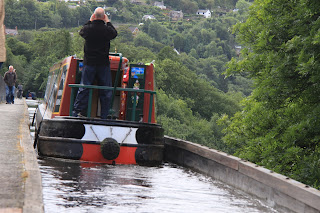 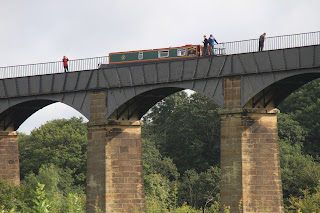 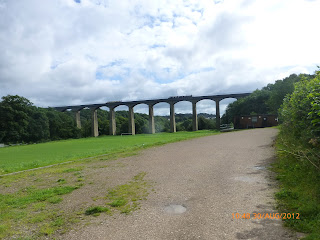 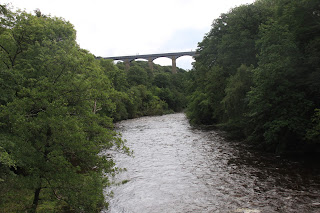 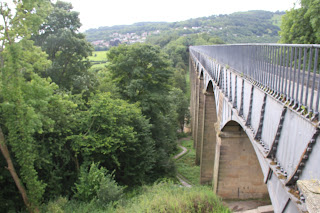 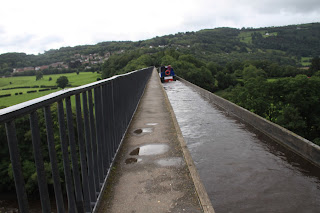 standing under thE aqueduct on the short cut ti pontcysyllte  village 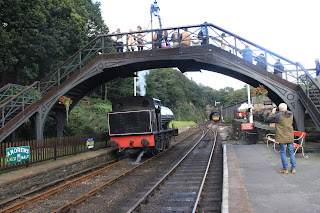 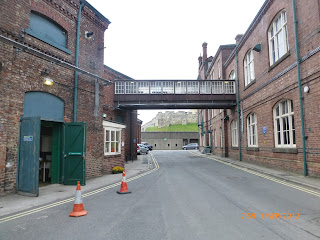 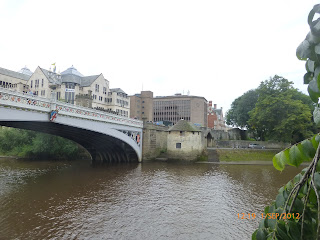 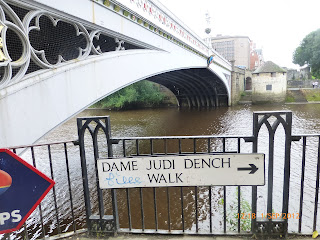 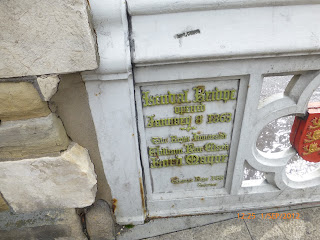 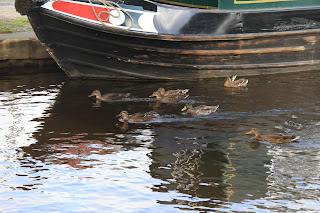 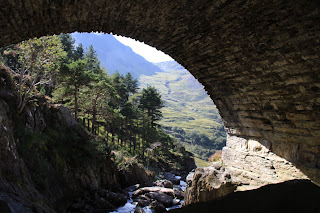 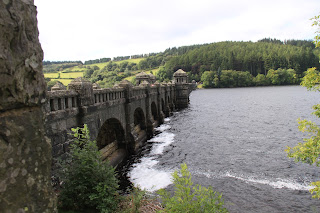 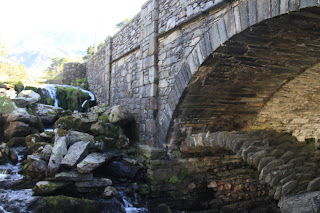 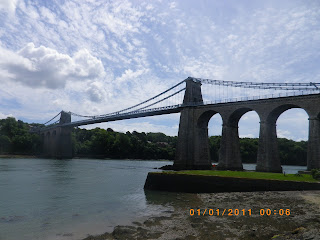 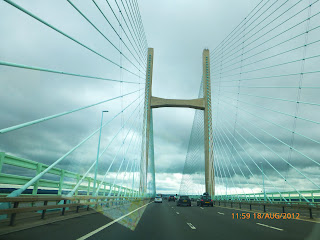 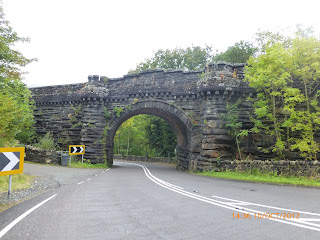 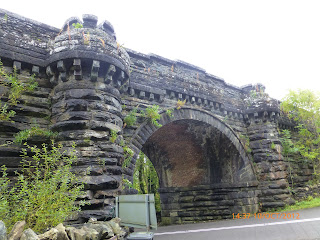 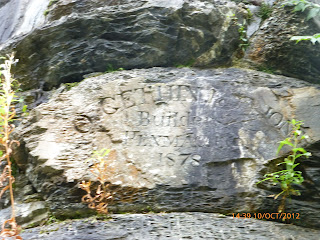 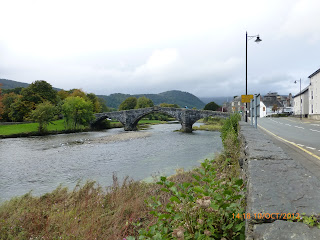